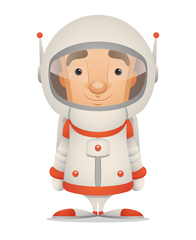 If you can't explain it simply, you don't understand it well enough.

Every time you do a good deed you shine the light a little farther into the dark. And the thing is, when you're gone that light is going to keep shining on, pushing the shadows back.

I disapprove of what you say, but I will defend to the death your right to say it.

Watch your thoughts; they become your words...

Watch your words; they become your actions...

Watch your actions; they become your habits...

Watch your habits; they become your character...

Watch your character, for it will become your destiny.

Desire is a contract you make with yourself to be unhappy until you get what you want.

Ask and it will be given to you; seek and you will find. For everyone who asks receives; he who seeks finds.

Utopia lies at the horizon. When I draw nearer by two steps, it retreats two steps. If I proceed ten steps forward, it swiftly slips ten steps ahead. No matter how far I go, I can never reach it. What, then, is the purpose of utopia? It is to cause us to advance.

EMACS exists because I felt free to make individually useful small improvements on a path whose end was not in sight.

The programmer, like the poet, works only slightly removed from pure thought-stuff. He builds his castles in the air, from air, creating by exertion of the imagination.

This user hasn't posted yet.