Why aren't YOU a candidate in the moderator elections?

It's now 5½ days in the 7-day nomination period, and… nobody is putting themselves forward. Most sites get multiple nominations in the first few hours after they open; in a few hours we'll break the record for slowest nomination). This is a bit worrying — as a participant here, I am sure that Emacs Stack Exchange is a healthy community, but lack of interest in moderatorship is generally considered a sign a community that lacks motivated participants.

Moderators are accorded the highest level of privileges. They handle those situations that cannot be handled by the broad community. For more information, see A Theory of Moderation.

On a site like this, I expect a moderator's job to take a few minutes per day, mostly handling flags (about 1 per day on average), responding to support requests on meta, settling the occasional dispute. Moderatorship is a responsibility, because moderators have access to some extra tools and have a moral status as behavior models and leaders of sorts, but on this site, it isn't a very time-intensive job.

So why aren't you volunteering? 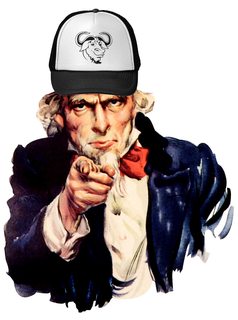 An extra message from Grace Note, a Community Manager:

I was originally going to post an announcement this morning when I logged in, but with Gilles's post here, that seems unnecessary. I do want to stress the importance of running, though! We need leadership to come from within this community, the election can't move forward unless people want to take on the responsibility.

The nomination phase is scheduled to end in a bit under 6 hours - however, if there are not at least 4 candidates available by then, which is one more than the number of seats to be filled, the nomination phase will be extended by another 7 days to allow for more candidates.

I am currently one of the appointed moderators, and spend a fair amount of time on the site each day (some of it moderating, some of it learning from the posts). I would like to see this community thrive, so I am willing to continue in the role if no one else steps forward.

Like Gilles, however, I would like to encourage new people to take on the job. So: fence-sitters, nominate yourselves!

This is a great question. My own answer is basically ignorance of the process and responsibilities of the role. I'm on Emacs SE pretty much every day and was aware of the election, but I'm not active on other SE sites and had never spent any time understanding the process. My interaction with the site is pretty simple: when I have a chance I check for interesting questions that I might be able to help with or that might teach me something new. I haven't had much reason to learn more about how things work "behind the scenes", or even to pay much attention to the meta discussions. (For the record, this question provided more information about what moderation entails, the voting process, etc then I had gleaned so far in my daily interaction with the site.)

Based on my experience with other open source projects and on-line communities I assumed this was a role for someone with more experience, and potentially a significant time commitment. Now that I see otherwise, I'd consider getting involved in the future as someone who thinks Emacs SE is a great resource and who wants to see it thrive.

Not the answer you're looking for? Browse other questions tagged discussion status-completed election .

20
Who should our moderators be?
4
2016 Community Moderator Election